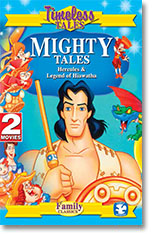 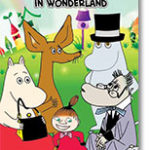 The legend of Hercules comes to your screen in this marvelously animated feature filled with fantastic adventure, awesome creatures and classic mythology.

To rescue his family and prove his right to immortality, Hercules, son of Zeus, must complete the quest set before him by the council of the Gods. This exciting tale finds Hercules plunged into thrilling encounters with monstrous mythological creatures like Hydra, the powerful, slithering, hissing, nine-headed snake. With help of his loyal friend, Ulysses, Hercules defeats the evil Hera, Queen of the Heavens, as he discovers that the power of the mind is a far greater force than brute strength.

Join heroic Allan Quartermain, the world’s most thrilling adventure seeker, as he hunts for the treasure of King Solomon’s Mines.

Deep within a remote mountain somewhere in Africa lies the gold and endless riches of the legendary King Solomon.

Allan must battle the wilds of Africa and the ferocious Kukuana tribe – who are intent on keeping the treasure for themselves.