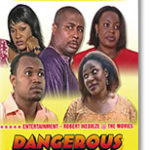 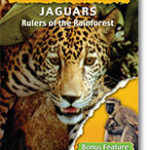 TIGERS: A tiger sits motionless, hidden. Then it starts to move very slowly at first: one of the world’s most vacious predators is on the prowl. Birds, deer, monkeys run for cover. The tiger’s legs drive it forward at high speed as it chooses its prey and relentlessly runs it down. It’s

a magical sight, pure power and speed. And we may be the last generation to witness it.These are truly dark days for the tigers of the world. One subspecies became

connection with tigers. ,They get right into the core of my soul,, he says. ,It’s a magical feeling just to know they exist., Largely shot in India’s Bandhavgarh National Park, Bengal Tigers is a plea to save one of the world’s most remarkable creatures.

GIBBONS Admired through the ages as the voice and soul of the forest the gibbons haunting songs may be silenced forever. Warren Brooklyn explores the world in the treetops ensuring there is a future for the singing ape. Only seen at selected zoos worldwide these primates are available at the push of a button for us to enjoy right here in our living-room.