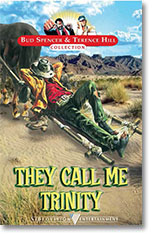 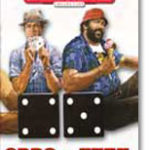 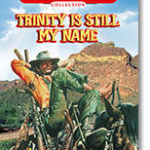 Title:   They Call Me Trinity

They Call Me Trinity breathed new life into the failing Spaghetti Western genre.

The market was inundated with imitations of Sergio Leone’s Dollars Trilogy, all lacking fresh ideas when cinematographer Enzo Barboni (Django, The Hellbenders, The Five Man Army) got his chance to write and direct his own film. The result was a Spaghetti Western comedy spoof that revitalized the genre and catapulted Terence Hill and Bud Spencer to international stardom.

The simple story has the pair coming to the rescue of peace-loving Mormons when land-hungry Major Harriman sends his bullies to harass them into giving up their fertile valley.

Trinity and Bambino manage to save the Mormons and send the bad guys packing with slapstick humor instead of excessive violence, saving the day, rocking the box office and leaving room for a sequel.