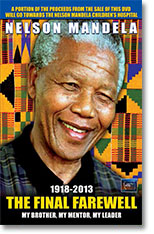 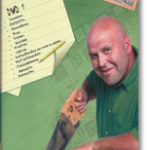 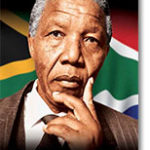 A portion on the proceeds from the sale of this DVD will go towards the Nelson Mandela Children’s Hospital.

This DVD is the official South African Broadcasting Corporation box-set release with over 11 hours of unforgettable footage on the final farewell to one of Africa’s most famous sons.

Following a week of memorials and three days of lying in state at the Union Buildings, Nelson Mandela was finally buried in his place of birth, Qunu in the Eastern Cape.

A massive memorial service was held at FNB Stadium in Soweto.

The service was attended by 73 heads of state and included speeches by Cuban President Raul Castro, our RSA President Jacob Zuma and US President Barack Obama.

Almost 100 000 people viewed Madiba’s body and was then flown to Mthatha, thereafter a cortege took him to Qunu.

It was a funeral on a scale that South Africa has never seen before, for the nation’s beloved Madiba.

Thousands gathered under the Qunu skies to say their last farewell to the Father of the Nation, Nelson Mandela.

The South African Broadcasting Corporation provided around the clock live coverage from the day of his death until the funeral on all its TV, radio and online services and was then distributed all over the world by international broadcasters.

Nelson Mandela will always be Our Brother,Our Mentor, Our leader.