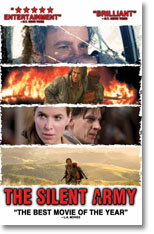 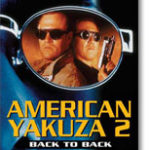 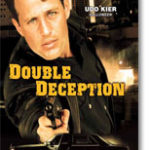 “A MUST SEE MOVIE” Chicago Sun

“THE BEST MOVIE OF THE YEAR” L.A. Times

“NOT TO BE MISSED” Robert Lee @ The Movies

A father risks his life to rescue a child kidnapped by armed revolutionaries in this action drama, which marks the acting debut of singing star Marco Borsato.

Still dealing with the death of his wife, Eduard (Borsato) is a chef from the Netherlands who has come to Africa to open a restaurant of his own, with his young son Thomas (Siebe Schoneveld) in tow. Thomas soon strikes up a friendship with Abu (Andrew Kintu), a boy whose father works along side Eduard at the eatery. While things seem fine in the city where they live, war has broken out in a nearby country, and one of the leaders of a rebel faction (Abby Mukiibi Nkaaga) is filling the ranks of his army with stolen children.

Abu goes missing, and Thomas suspects foul play; in time, Eduard sets out to find the boy at his son’s urging, but as he makes his way into a war zone, he finds he’s on a more dangerous errand than he ever imagined. Meanwhile, Abu is suffering tortures he never imagined as an eleven-year-old foot soldier.