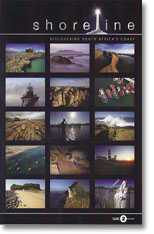 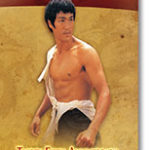 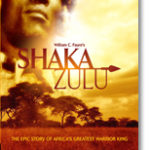 Episode 1 – Overview and Introduction to series

Peter is Shoreline’s anchor presenter, and he is a highly acclaimed stage and screen actor. Peter has featured in many varied productions, such as feature film A Boy Called Twist, musical stage shows The Sound of Music and Hamlet, television dramas like Sewende Laan and Binnelanders, and many television commercials. For the first time, however, he has the opportunity to be himself as he takes three specialist presenters to travel the 3000km of South African shoreline to tell the story of the coast.

Gavin has had an interest in archaeology for many years, and has been working at the Natal Museum as an archaeologist for twenty years. He has an interest in the Iron Age of southern Africa. His current research focuses on farmers of the second millennium, where his focus is on the origins, archaeology, and ethnography of Nguni- speaking people.

Nomalanga is currently completing her PhD at U.C.T on the impact of the growth of the game- farming sector on farm workers and dwellers tenure rights. She holds an MA in History from Rhodes University and lectured in the History Department for 3 years. Outside of her work and education, she is involved with community campaigns and organisations lobbying for the transformation of South Africa’s unequal education system.

Eleanor is a keen marine biologist, and has been conducting research through the University of Cape Town on the parasites of a number of endemic South African shark species. Her research focuses on the discovery and description of several species new to science, the ecology of parasite communities with potential for application in fisheries stock assessment, and the transmission of blood parasites. She has won several awards for her work, including the best oral presentation at the 7th International Symposium on Fish Parasites in Italy in 2007. Eleanor is also a qualified SCUBA diver and boat skipper.

After finishing her tertiary education, with a degree in Film and Television at North West University, and Photography from Stellenbosch University. She is the director of the popular cooking programme, Roer. With Sanet’s creativity and vision, Roer has gone from strength to strength , currently running for it’s twelfth season with two ATKV nominations, an ATKV-veertjie award as well as a 2009 SAFTA award for Best Variety Show. Apart from her success with lifestyle and cooking, she has also proven her talented directing skills with her involvement in environmental shows, fiction and children’s series.

Grant is an award- winning composer who has written for theatre, film and television, and has also written two musicals. His work in this field includes the music for more than 50 wildlife documentaries, including Mountain Of The Sea, part of the BBC Natural World series. Other documentaries include City Slickers, a film about the penguins, which won an international Emmy award nomination, and Cosmic Africa, a feature documentary about the personal odyssey of African Astronomer Thebe Madupe. Grant, together with co-composer Barry Donnelly won a Stone Craft award for the music for this film. Feature films include Running Wild, starring Brooke Shields and Martin Sheen with John Varty; and Faith Like Potatoes, based on the autobiography of, Angus Buchan. Much of his film music includes elements of, and inspiration from African music, and he has collaborated with many African musicians. He also continues to write much choral music, the most popular of which is Come, Colours Rise, a South African Christmas Anthem. His Umbhiyozo Wase Afrika, for harpsichord and African percussion and commissioned by Elisabeth Chojnacka, was first performed at the Gulbenkian festival in Lisbon in 1999. ,Evening Hymn, was written for and performed by the choir of Val-de-Grace in Paris in 2006. As part of Animal Planet’s 10th anniversary, the documentary ,Ocean Voyagers, was screened in London in December 2007, the music being performed live with the Royal Philharmonic Orchestra.

Tom Eaton is a native of Cape Town, where he grew up and studied. After completing an MA in Creative Writing at the University of Cape Town he worked briefly in sports journalism before going freelance in 2001, and in 2003 he joined the Mail & Guardian newspaper as a columnist and cricket correspondent, a role he filled until 2007. He has written two satirical novels , The De Villiers Code and Texas and his first venture into literary fiction, The Wading, was published in early 2008. He has also written for film and television, including the 2007 docudrama More Than Just A Game, an account of the Makana Football Association founded by political prisoners on Robben Island in the 1960s. He is currently working on his first feature film script.