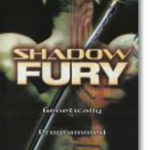 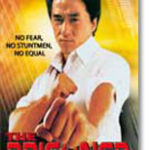 Playing the game on both sides of the law, Cuervo Jones is a low level “gansta” who dreams of one day becoming a rap star. When a powerful Drug Lord’s cocaine is stolen and his girlfriend is caught cheating, all guns point to Cuervo as the culprit and a bounty is put on his head.

Suddenly, the cops and the underworld are both out for the money the drug lord has put on Cuervo’s head. Dodging bullets, backstabbing babes and boys in the hood, Cuervo makes his way through the strange menagerie of characters that populate the darkness Cuervo finds himself in.

Cuervo’s life comes to a head when one of his childhood homies is shot in a crossfire meant for Cuervo. Together, Cuervo and his homies use all of their skills to band together to uncover who framed him.

They must succeed or else it’s… Rest in Peace, Cuervo Jones.