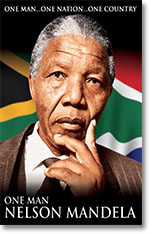 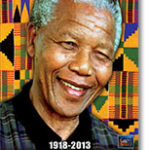 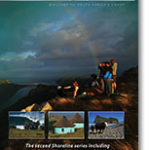 Starring:   Nelson Mandela, Together With Friends

Nelson Mandela is a shining example of what one man can do to change the world. Born into an oppressive regime, he fought to overcome prejudice and hate to unify a nation.

Mandela was jailed for much of his life because of his beliefs, but he accepted his fate with dignity; he was prepared to die for his cause. Nelson Mandela’s dedication resulted in his inauguration as the first black President of South Africa; his award of the Nobel Peace Prize and ultimately, his role in overthrowing the Apartheid regime.

Our programme will detail the life of Nelson Mandela. We will look at the events that surrounded Mandela’s arrest; the campaigns to release him; his time as President of South Africa and also the charitable work he has done.

The tone of this programme will be uplifting and elegant. We will acknowledge the atrocities of human rights violation that Mandela fought to end; we will celebrate his beliefs and passion, and we will pay tribute to a man who offered his life to improve the lives of others.

Nelson Mandela is a hero of our time, and the courage he showed ensures his story is forever told, and forever revered.