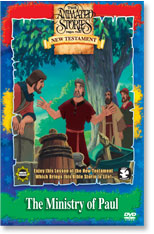 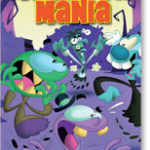 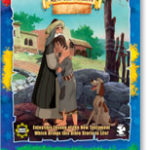 Title:   Animated Stories From The New Testament – Ministry Of Paul

A multi-million dollar investment brings you these wonderfully animated videos in The Animated Stories from the New Testament Series which helps educators and students develop a deeper understanding of Christianity.

The relationship between Jewish Messianic prophecies and the foundation of Christianity is presented through the life, miracles and parable teachings of Jesus of Nazareth. Core Christian beliefs such as salvation, prayer, Jesus’ crucifixion, resurrection, ascension and ultimate return are also brought to life in these compelling animated stories. And of course the DVDs sensitively present Jesus’ crucifixion, and bring to life His joyous, resurrection, ascension and His ultimate return.

The Ministry of Paul is a dramatic story of adventure, faith and endurance. From his encounter with King Agrippa to his terrifying shipwreck, Paul’s powerful preaching and example bring amazement and conversion as persecution is answered with the gospel of love.

You and your children will enjoy the accurate and entertaining presentation of salvation, prayer, faith, love, compassion and kindness.

24 episodes available in this series which include:

Built Upon the Rock

Forgive us our Debts

The Greatest is the Least

He is Risen, Jesus

Jesus The son of God

The King is Born

The Kingdom of Heaven

The Lost is Found

The Ministry of Paul

The Miracles of Jesus

The Parables of Jesus

Signs of the Times

Worthy is the Lamb

This series is family entertainment at it’s best. Imagine having beautifully animated stories from the Bible to teach character-building principles to children as they view this story again and again.

Produced and directed by Richard Rich, former director for Walt Disney Productions,. Rich’s 14 years experience with Disney include work on such favourites as, The Black Cauldron, The Fox and the Hound, The Rescuers, Pete’s Dragon and Winnie the Pooh. Now, he has devoted his incredibly honed talent to create inspiring stories from the Bible.