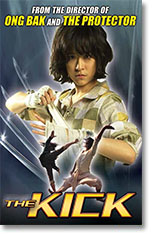 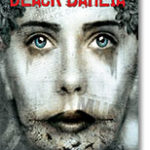 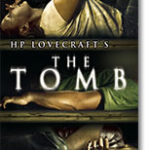 From the producers of Ong Bak,Chocolate,Protector and Raging Phoenix.

Action superstar Jeeja Yanin – a sensation in Chocolate and Raging Phoenix – powers onto the screen in a nonstop action thriller about loyalty, betrayal…and revenge.

After the son of a family of tae kwon do experts foils an attempt to steal a priceless Thai artifact, his family becomes national heroes – and targets of revenge by the criminal gang whose robbery the son stopped. In order to protect his family, they are sent into hiding.Soon they,re discovered and taken hostage, fighting to stay alive, and one son won,t stop until they,re safe.

Featuring the always-amazing Jeeja Yanin performing all of her own hand-to-hand combat,The Kick is a must-see for all.