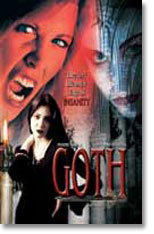 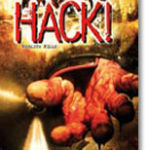 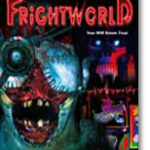 She thrives on murder and madness.

GOTH blurs the line between reality-driven horror and the hallucinatory style of REQUIEM FOR A DREAM in this raw and blood-soaked ride through the dark underbelly of the Gothic subculture.

Chrissy and her boyfriend Boone are two Gothic teenagers living in L.A. who have seen and done it all. As the sun goes down, they get ready for a hardcore concert at the local club.

The night takes a gruesome turn when they run into a savage, darkly beautiful woman with a taste for pain and sexual deviance. She represents the darkest, most depraved end of this subculture: for her, it’s not just superficial costumes and makeup but a way of life that thrives on murder and madness.