View cart “Sharks” has been added to your cart. 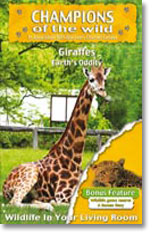 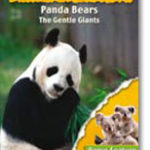 (19.2 ft) tall and weighed approximately 2,000 kg (4,400 lb). [2] Females are generally slightly shorter, and weigh less than the males do.The giraffe is related to deer and cattle , but is placed in a separate family,the Giraffidae, consisting only of the giraffe and its closest relative, the okapi.Its range extends from Chad to South Africa. Giraffes can inhabit savannas, grasslands, or open woodlands. They prefer areas enriched`with acacia growth. They drink large quantities of water and, as a result, they can spend long periods of time in dry, arid areas. When searching for more food they will venture into areas with denser foliage.

WILDLIFE GAME RESERVE This is the story of the remote part of Africa few people have heard of, but here is a sanctuary for wildlife, a safe and productive haven that stands where once was a barren, thirsty, empty land. Now teeming with wild life, enjoy this success story with co-stars,warthogs, baboon, crocodile, lion, elephant, an array of antelope and bird life, where once it was never possible.