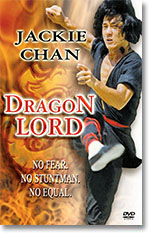 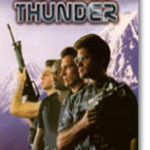 The World’s Number one action star is back.

Jackie Chan innocently becomes involved in a plot to sell his nation’s treasure, and a normally sleepy southern Chinese town is turned inside-out.

Directed and co-written by the master of kung fu comedy, Jackie Chan, Dragon Lord is packed with Chan’s typically fast and furious action, balanced with engaging comedy. While the plot isn’t very strong, this film contains some unique scenes from sporting events.

One involves grabbing a ball from the top of a large tower, and another involes a game which is like a cross between hacky sack and soccer.

This film is most noted for being in the Guiness Book of World Records for the most takes for a single shot, over 2,900.