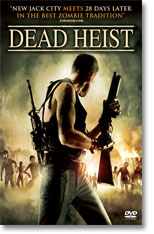 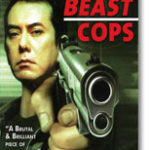 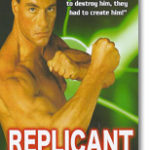 In a city not too far away, four petty thieves,working on a tip from an uncle in prison,decide to rob a small town banking depot.The job, which seems easy enough, could net

them several million dollars and get them off of the street corners for good.

Hustle (E-40), an underground entrepreneur,agrees to bankroll the job under the condition that the four thieves bring along Jackson (D.J. Naylor), a former military vet/ex-con who works for Hustle, to make sure the job goes smoothly. Unbeknownst to Jackson, the thieves decide to abort the plan and rob the bank prematurely.

As the new-found plan starts to unravel,the bank robbers take notice of highly,unusual behavior. Upon sunset, the small town becomes overrun by infected ,people, that

come out at night to feed, thus trapping the thieves inside the bank.

The survivors are joined by the mysterious Hunter (Big Daddy Kane), a man with a shady past who knows all about these creatures and how to kill them. Hunter helps the bank robbers make a stand, but uses them and their hostages as bait to draw the creatures into the bank for a final battle.