View cart “The Story of Moses” has been added to your cart. 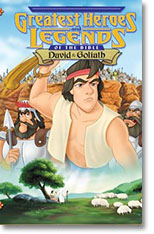 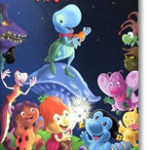 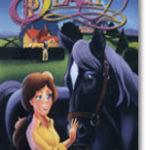 For more than 40 years, Charlton Heston has been captivating audiences with his thrilling portrayals of Biblical Heroes, such as Moses, in The Ten Commandments. Now, sit back and relax as he shares with you and your family his passion for Biblical literature and his unique insights into these timeless stories of faith.

It’s been called the greatest story ever told, and with good reason. It has also attracted millions of non-Christians because of its great beauty.

Now, with this animated film, you can reintroduce your family to this classic Bible tale.

This is one of the most inspiring stories of all time. When the story begins, David is a mere shepherd boy. He is a lad of uncommon courage. But no one imagines that he will someday become King of Israel-no one, that is, except for God. And so, David must prove himself. He does so by defeating Goliath. Later, he faces an even greater challenge. But his faith in the Lord allows him to overcome all obstacles. And eventually, he takes his rightful place on the throne.

David and Goliathis one of the thirteen programs in the Greatest Heroes and Legends of the Bible series.

This program features: All-new animation, an introduction by  “Simon & Gimmel -Your Faithful Guides,” two animated who lead viewers through the story and make it accessible for all ages.

There are no reviews yet.

Be the first to review “David And Goliath” Cancel reply