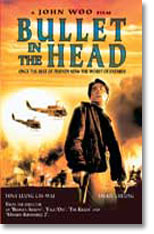 Bullet In The Head 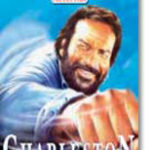 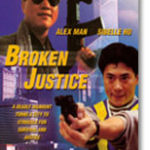 Title:   Bullet In The Head

Experience a defining moment in modern action-cinema from the director of ,Broken Arrow,, ,Face/Off,. ,The Killer, and ,Mission Impossible 2,.

Following up on his 1989 masterpiece The Killer, superstar action director John Woo directs this emotionally wrenching look at three friends waylaid in war-torn Vietnam. Set in 1967, when clashes between leftists protesting British rule and the police were tearing the colony apart, the film opens with Frank (Jacky Cheung Hok-yau) offering the deed to his parents’ home as collateral to a loan shark, so that he can pay for his buddy Ben’s (Tony Leung Chiu-wai) wedding party. Unfortunately, Frank is ambushed by a thug named Ringo and his associates who make off with the money. Ben and Frank vow revenge and end up accidentally killing the guy. Wanted by both the law and the triads, Frank, Ben, and their pal Paul (Waise Lee Chi-hung) head for Vietnam with a case of fake Rolexes and dreams of making a quick buck. Immediately upon arrival, those dreams are dashed — their wares are blown up in a tin-can military coup, they are almost shot by the South Vietnamese army, and their passports are seized. Though tempted to throw in the towel, Frank and Ben are convinced by Paul into joining forces with shady hit man named Luke (Simon Yam Tat-wah) to shake down club owner Leong (Lam Chung). The scheme goes horribly wrong, ending with the death of a beautiful drug-addled singer named Sally (Yolinda Yan Chi-sin) and our three heroes accused of being CIA agents in a North Vietnamese POW camp.

Later, though, Frank saves Paul’s live and get injured in the process, Paul can only think of financial gain and saving his own neck. He shoots Frank in the head when he fears his friend’s cries of agony will tip off the Vietcong. Unfortunately, the bullet doesn’t kill Frank, leaving him brain damaged, drug-addled, and in chronic pain. After Ben learns of Frank’s condition, he confronts Paul who has since returned to Hong Kong to become a prominent businessman.