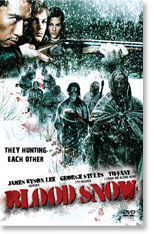 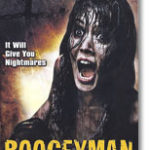 It’s a cold day in hell.

Six friends arrive at an isolated mountain cabin to enjoy a long weekend in the snow. During the weekend, an epic snowstorm hits, trapping them on the mountain.Little do they know that the cabin is built on the location that the Donner Party, a group of settlers in 1846 on their way to California,became trapped in the worst blizzard on record.

The members of the Donner Party slowly became insane until they eventually turned on each other in what became a desperate, cannibalistic slaughter.The friends, trapped on the same desolate mountain, begin seeing the ghosts of the Donner Party. But, are these true demonic entities that haunt the cabin, or is it simply “cabin fever” that brings out their deepest fears and paranoia, causing close friends to turn against each other as reality deteriorates around them. More than just a riveting tale of death, endurance, and survival, the six friend’s nightmarish descent into madness begins as they relive the horrors of the Donner Party Massacre.