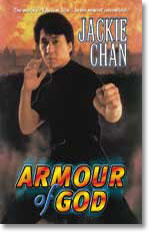 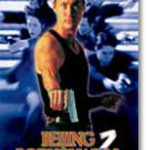 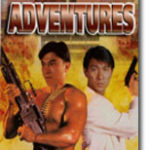 This fast, entertaining adventure – directed by and starring the world’s Number One action superstar, Jackie Chan – is the must-see “prequel” to the crowd pleasing hit Operation Condor.

Jackie is back and hotter than ever as a hard-hitting fortune hunter whose ex-girlfriend is kidnapped and held for ransom by an evil cult. Then, things really kick into high gear when her fianc,e, an old friend of Jack’s, turns to him for help in finding and delivering the kidnapper’s lone demand: the priceless Armor of The Gods.

Performing his own death-defying stunts, there’s no stopping Jackie as he – with the help of a sexy woman and a hilarious sidekick – attacks his mission with a lethal mix of pulse-pounding action and sidesplitting humor.