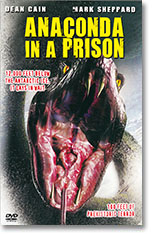 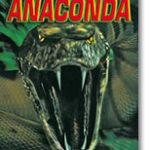 Title:   Anaconda In A Prison

Who wants to have snakes in prison.

It is the dawn of the new millennium, and the world’s first international highest security prison, designed to house some of the most dangerous criminals in history has been built deep in the Antarctic. Designated only as “Facility Number 1”, the prison is considered entirely escape proof and those incarcerated there thought they were all alone – until now. What they are about to discover is that the icy tundra houses more than the deadly criminals at Facility Number 1 – a giant and deadly man eating snake that has lay dormant for centuries has been awakened by the human presence, and has a voracious appetite for human flesh.

As the prehistoric slaughter begins, everyone in the prison must fight to escape the paralyzing jaws of the deadly Boa.